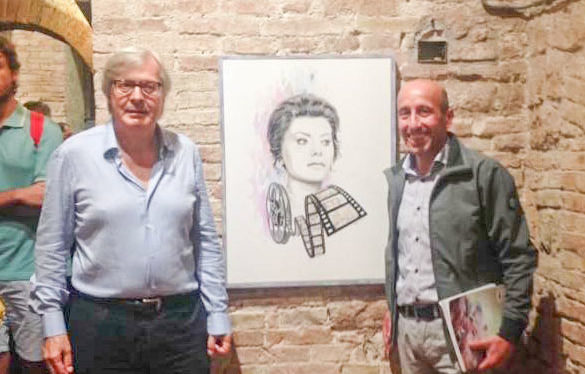 Two hundred and forty is the amount of artists who exhibited their works in the Perugia gallery and came from all over the country, including the Vico Equense painter Sergio Buonocore. After viewing the works displayed in the Lucarosi room, Prof. Sgarbi reported and spoke his opinion as a critic and expert, making a fair mention of the figurative creativity found in the picture of a woman by Sergio Buonocore. That was a young Sophia Loren in acrylic on watercolour canvas. The painter, with a substantial self-training past, is inspired by a nature with sunny, harmonious and colourful landscapes, his passion was oil painting but he later launched into shadows with watercolours themes, one of the most significant leitmotif of the painter. 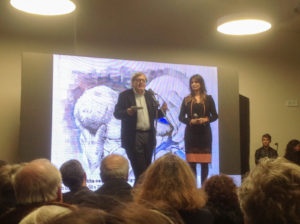 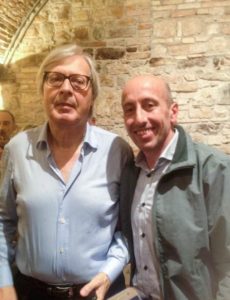 The techniques that Buonocore uses are varied, from the most traditional to the most original: watercolour, acrylic, oil and mixed techniques. Sergio’s works can be found in many exhibitions from Positano to Venice, but also in private collections both in Italy and abroad in England, Germany and Spain. The Perugia experience was one of the strongest for Sergio Buonocore, and was therefore a great opportunity for him to showcase his art and make it undergo the severe and authoritative judgment of one of the most important contemporary Italian art critics. The contemporary art exhibition entitled “IntimArte” inaugurated on Sunday 10 September 2017 and had been open to the public until 24 September.

Vico Equense, a portrait of the professor Paolo Ascierto by the painter Sergio Buonocore 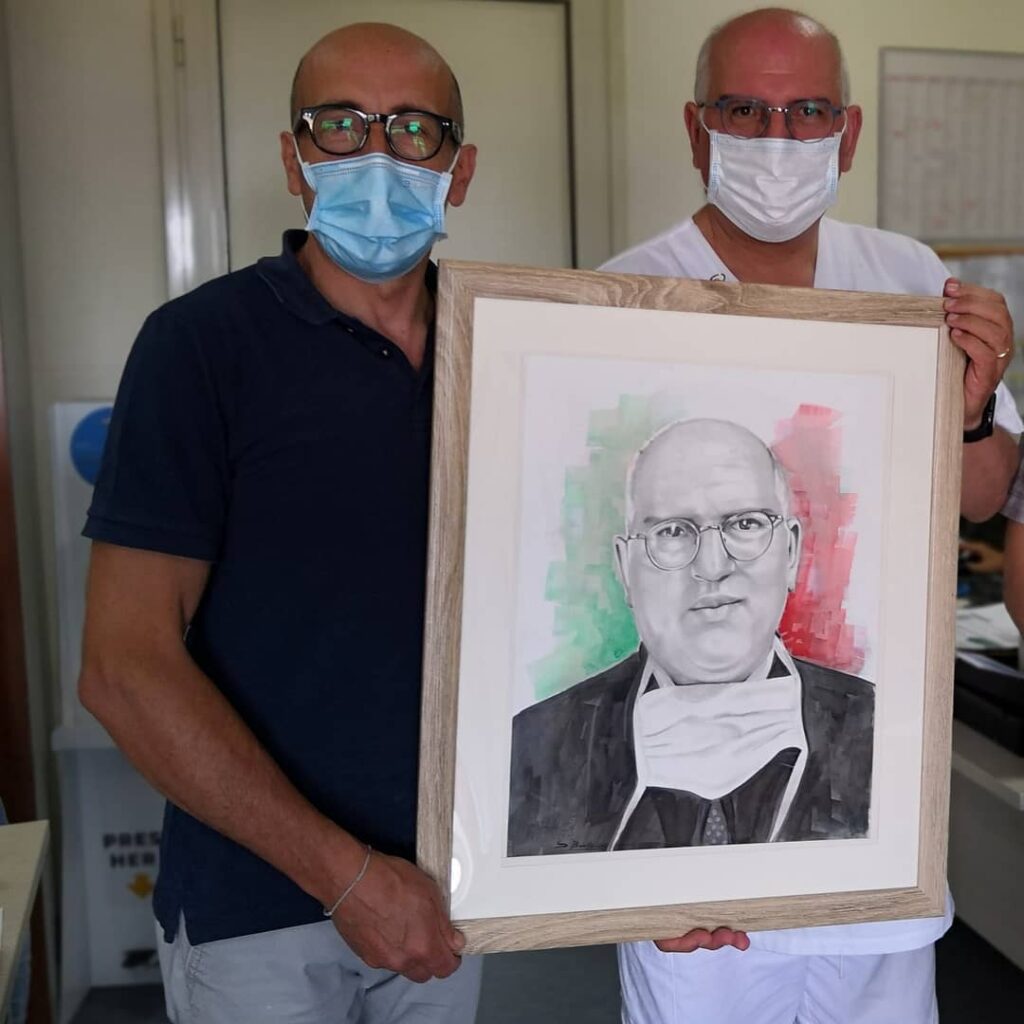 The Vico Equense painter Sergio Buonocore gave Paolo Ascierto a portrait. The artist gave the piece to Professor Ascierto to thank him for the proof of his commitment and work given during Covid-19 pandemic. Sergio Buonocore, born in Vico Equense in 1966, returned to his native city after a 5 years stay in Venice (1994-1999), where he met Giorgio De Gasperi, one of the greatest illustrators of 1900s, who passed him down the great passion for drawing and portrait. He produced many portraits for public and television celebrities, among which, stand out Maurizio Costanzo, Claudia Cardinale, Stefania Sandrelli, Antonella Clerici, Katherine Kelly Lang, Peppe Barra, Antonino Cannavacciuolo, Biagio Izzo, Massimiliano Gallo, Leo Gullotta, Marisa Laurito, Philippe Daverio. He has indeed been given the nickname of “Celebrities Portraitist”. Pope Benedict XVI and President Sergio Mattarella were given a portrait manufactured by the artist as well. In 2016 he began a new pictorial cycle moving from watercolour pencil drawing to oil, acrylic and resin with golden leaves. In 2017 he took part in a collective exhibition at the Roccha Paoline in Perugia with a work praised by critic Vittorio Sgarbi, the same year he exhibited at the Diocesan Museum of Terni “premio G. L.G.Byron”; in December he took part in “Magister Artis”, the monumental complex of Cava de’ Tirreni with Vittorio Sgarbi. The writer Alberto Bevilacqua, talking about Buonocore, stated: «I immediately appreciated this artist’s colours, his love for life, for what is beautiful and good. “He” is his art! ». Source il Mattino.it 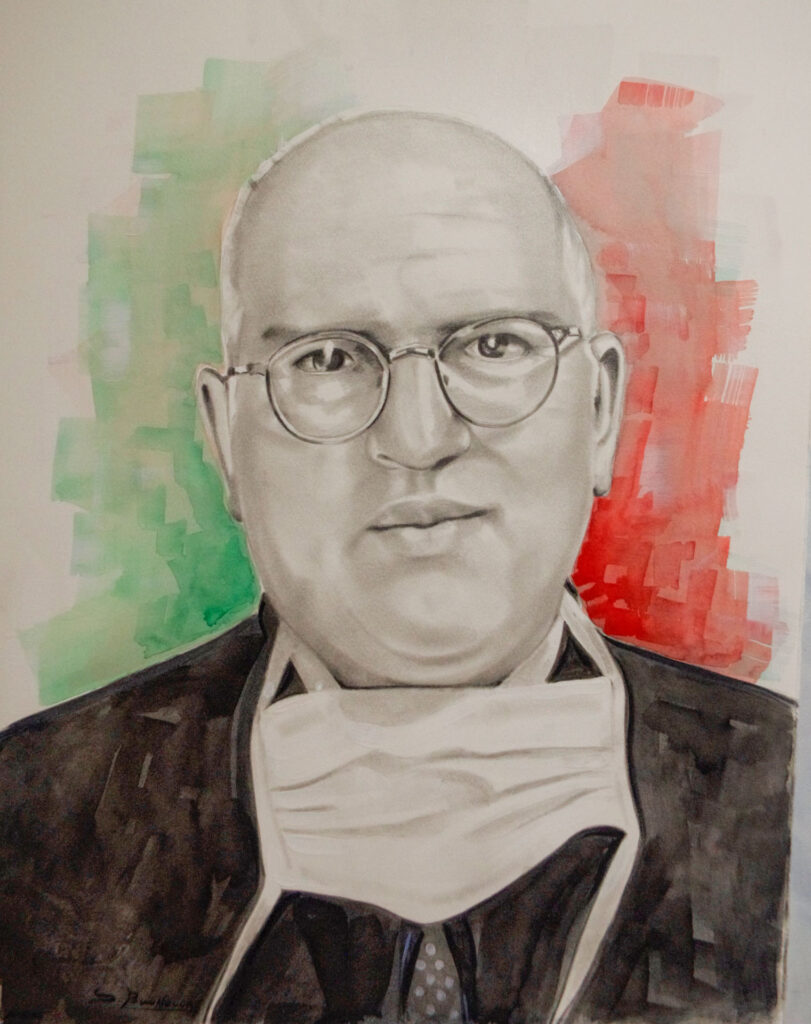